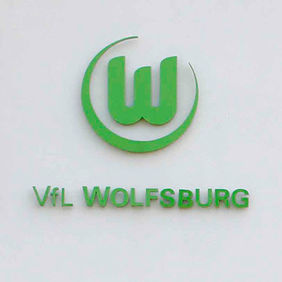 Team-photo, individual portraits and the DFL Media Day on the schedule.
One, two, three and “Say cheese” – On Friday afternoon, the Wolves gathered at the VfL-Center for the obligatory team-photo. Before the first cameras began to flash, the players had to find their places, be correctly positioned and have their jerseys adjusted accordingly. New signings Felix Klaus, Pavao Pervan, Daniel Ginczek and Wout Weghorst all looked particularly smart in their new dark-green home kits. Subsequently, the coaching and functional staff joined the VfL players in their respective rows. Adjacent to the Wolves, the photographers snapped their individual portraits.

DFL Media Day in the Volkswagen Arena
Then the players split into smaller groups for the so-called Media Day from the Deutschen Fußball Liga (DFL), in order to display their promotional and representative talents, alongside their sporting abilities. In accordance with a homogenous standard (all 18 Bundesliga clubs undertake an individual Media Day), the DFL produce a catalogue of photo and video material for their national and international TV and licensed partners, as well as for the DFL platforms. Whether video-portraits, action-photos or statements for Sky – the players had a great deal of fun at the different stations.